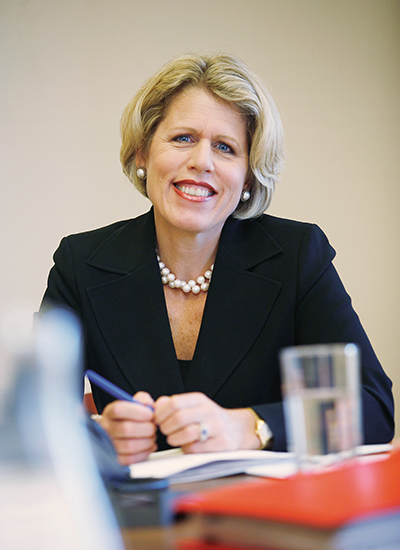 Louise M. Fitzsimons graduated from Russell Sage College in 1981 where she was a Kellas Scholar and a member of the Athenian Honor Society. She graduated in 1991 from St. John’s University School of Law, after having worked as a trusts and estates paralegal for ten years. She was admitted to practice in the State of New York in 1991 and to the United States Tax Court in 1994. She has lectured and written on estate planning, taxation and charitable giving.

Ms. Fitzsimons has practiced at several New York firms over the course of her career. She joined Davidson, Dawson & Clark LLP in 2009 because of its depth of experience in trusts and estates and was of counsel to the firm until January 2019 when she became a Partner of the firm.

Ms. Fitzsimons is a member of the New York State Bar Association Trusts and Estates Law Section. She is also on the Board of Education in Dance and the Related Arts, a New York City based not-for-profit organization. Ms. Fitzsimons is listed in New York Super Lawyers®.

Ms. Fitzsimons resides in Garden City, New York with her husband, Sean. They are parents to four grown children. In her spare time, Ms. Fitzsimons enjoys playing tennis and participating in her book club.